Athlete of the Week: Cristian Franco 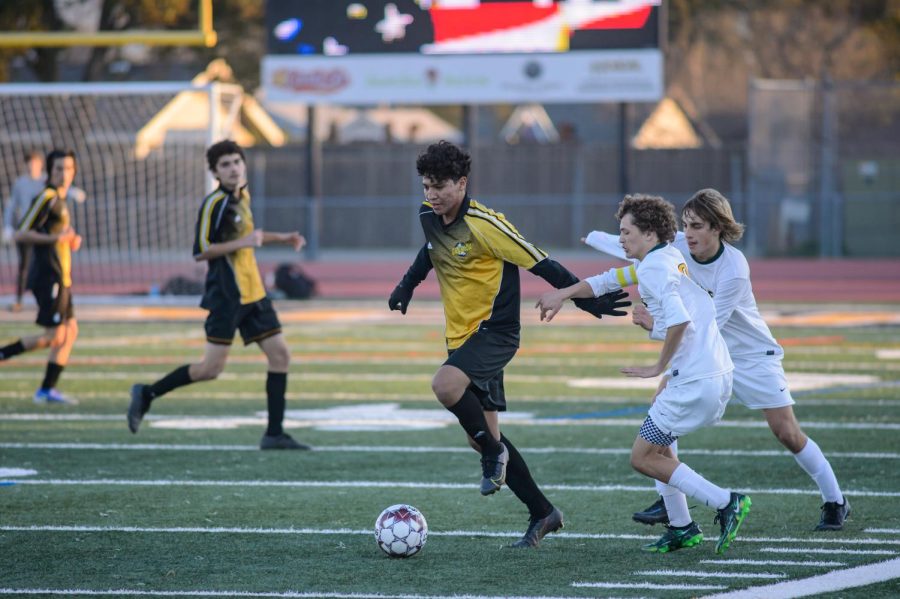 This week’s athlete of the week is Cristian Franco, a freshman on the Boys JV Soccer team. This year Cristian is playing the center-mid and striker position, which he enjoys.

Cristian started playing soccer when he was six years old and is planning on playing all throughout high school. His favorite soccer player right now is Christiano Ronaldo, a Portuguese soccer player, who he described as his “idol.”  He always grew up playing soccer, watching his brothers play and wanting to follow in his family’s footsteps and carry on the family tradition. “I looked up to my brothers, and I wanted to continue soccer. It’s a family tradition.”

After a few years of COVID-shortened seasons and shutdowns for school sports, Cristian is excited to be able to enjoy his first year of high school soccer in full and compete with other players. Cristian felt “excited” to make one of the three high school soccer teams his freshman year.

To balance schoolwork, Cristian tries to get everything done on time and in order. ”I try to stay on top of my assignments and turn in my homework when it’s due.”

With one game left in the season, Cristian still has goals he wants to accomplish. “I’m trying to get one more goal before the season ends and just to improve my passing and shooting.”

After this season Cristian has big goals and dreams. He wants to make the varsity soccer team next year and eventually play college soccer once his high school career ends. “I’m looking to try to make varsity as a sophomore which is going to be hard. I’m going to have to practice for it. I also want to play college ball and try to make it as far as I can in life and get somewhere.”

As far as life goals Cristian has something bigger in mind. “I want to play professional soccer. I would love to play for Mexico and represent.”

As far as academics, Cristian wants to continue to excel in school and maintain good grades. If soccer doesn’t work out for him, he wants to be involved in the field of engineering. Interestingly enough, Cristian has a goal on his bucket list he wants to accomplish. “I’ve always wanted to visit Massachusetts since I was a kid. I never really understood why, but I just wanted to check it out.”