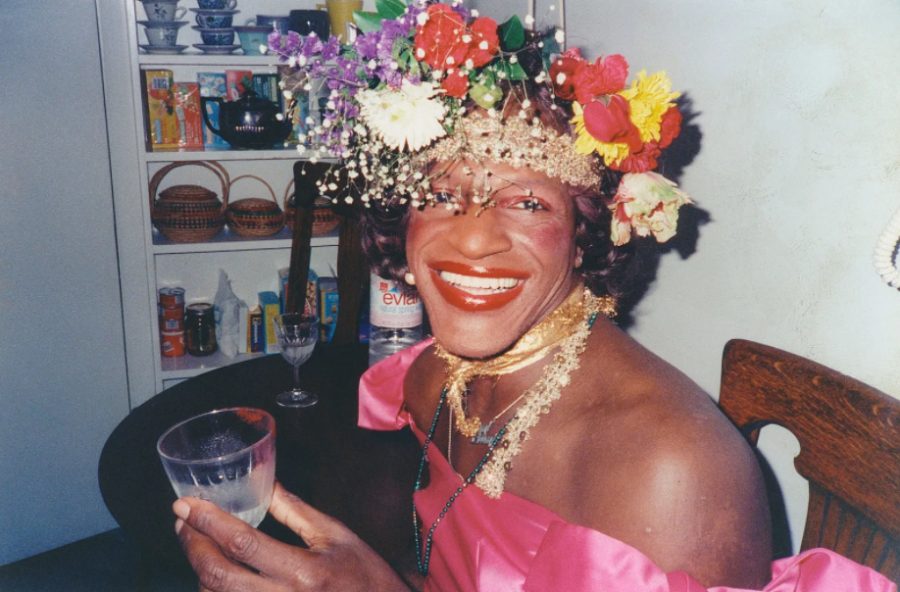 This week we honor Marsha P. Johnson as we take a look back at her legacy and their work for the Black and LGBT+ communities.

Throughout this article, I will refer to Marsha using they/them pronouns. Although normally being depicted as a confident drag queen, Marsha never identified as transgender and never seemed to conform to any gender.

Born on August 24th, 1945 into a family with six other kids, Marsha P. Johnson’s early life would not be easy. Growing up in Elizabeth, New Jersey, Marsha from an early age engaged in cross-dressing but in their Christian upbringing would be swiftly punished for it. After graduating from high school in 1963, they packed up their few belongings and moved to Greenwich Village in New York City. Marsha would initially struggle to make ends meet, often being homeless and turning to prostitution for money.

Marsha soon found joy as a drag queen and immersed themself in the vibrant nightlife of the city. They would do many drag shows throughout their lifetime and quickly became known as a “drag mother” to the LGBTQ community. Marsha would even later go on to tour with the Hot Peaches, a drag theater company, as a drag queen throughout the 1970s into the early 1990s. Marsha could always be described as cheerful and was not afraid to be themself. Whenever bothered about what the “P” stood for in their name, Marsha would reply with “pay it no mind.” While Marsha would do many great things for the LGBTQ community, they would become famous for their involvement in the Stonewall riots.

One of, if not, the biggest moments in the gay rights movement occurred one Friday night at one popular bar. The Stonewall Inn, located in Greenwich Village in New York, was a safe haven for gay men and women. Operated by the mob, like most gay bars at the time, it would also face the commonality of police raids. In the early hours of June 28th, 1969, eight undercover police officers entered the Stonewall Inn and arrested the bar’s employees as well as any drag queens they spotted. Patrons of Stonewall as well as other members of the gay community soon gathered outside of the bar, yelling insults at the cops and throwing bottles and pennies at them.

It was said that as Marsha P. Johnson was resisting arrest; they threw the first bottle at the Stonewall riots. Many people identified Marsha as one of the instigators of the riot, turning them into a vanguard for the gay liberation movement in the U.S. After many hours of fighting with the NYPD, and forcing many officers to hide inside Stonewall, the riots ended at 4 AM. Nobody would die or be seriously injured during the uprising, but it would stir many to take action. Many supporters of the gay rights movement would gather at Stonewall in the following days and weeks as it would become an important location to the LGBTQ community.

A year later on June 28th, 1970, Marsha turned all of the riots from a year ago into a positive and attended the Christopher Street Liberation March which marked the first Gay Pride Week in New York. The march would begin at Stonewall, going up 6th Avenue to Central Park, and along the way would gather thousands of supporters until the march stretched through 15 city blocks. In 1970, Marsha, along with Sylvia Rivera, would also establish STAR, the Street Transvestite Action Revolutionaries, an organization to help homeless transgender youth in New York find a place to live. Marsha would help run the organization up to their death.

In their lifetime, Marsha would stand up for many causes. Through their work with STAR, the AIDS Coalition to Unleash Power, and their work in the LGBTQ community Marsha in later years would become a hero for many activists. Marsha P. Johnson was found dead on July 6, 1992, at the age of 46. After their body was found in the Hudson River, NYPD would rule it as suicide while many of Marsha’s friends would claim they would never take their own life. Although they did not live long, Marsha P. Johnson lived an extraordinary life fighting for the rights of many people. In the words of Marsha, “No pride for some of us without liberation for all of us.”