Athlete of the Week: Jordan Knight 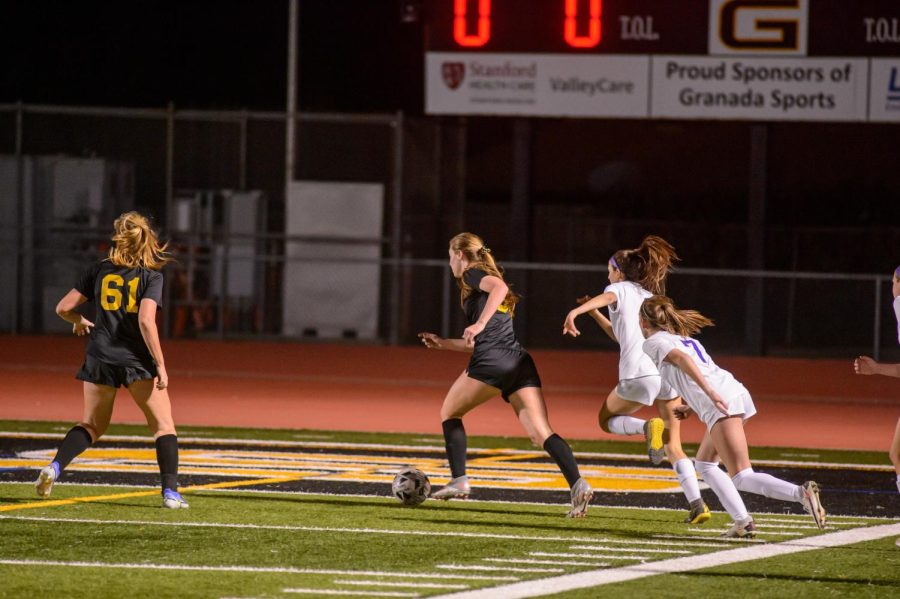 Jordan Knight dribbling the ball forward on the attack at a home game versus Amador high.

This week’s featured athlete of the week is Jordan Knight, a senior on the girls varsity soccer team.

Jordan Knight started playing soccer at the age of three and has been involved with the sport ever since. She was inspired and motivated to keep playing soccer because she played with her friends throughout the years.

Sometimes it can be tough to balance schoolwork and sports can be overwhelming at times for many athletes regardless of the sport. Jordan says, “I balance by trying just to figure out a time to fit everything. I try to get homework done and manage my time as best as possible because soccer can take up a lot of time. Knowing when to put priorities first in school is more important.”

Jordan is excited about the rest of the season, now knowing that this is her last season of soccer and wants to enjoy every last moment of it. “Bittersweet” is how she described the feeling of leaving the team after this year. But with a few weeks left she still has personal goals she wants to accomplish.

“My personal goal is to score more, just get more points on the board.” She has also made it a goal to enjoy and take in all the last moments she’ll have with her team, since she says the team has a “pretty good” bonding relationship.

Jordan has played varsity soccer for three years and has played many games with the team and has enjoyed many moments. When asked what was her favorite soccer memory from the last four years of high school, she replied, “Scoring my first varsity goal against Dougherty High School sophomore year, that was a pretty memorable game.”

Jordan is a senior now and the question is, what’s next after high school? Jordan wants to attend a four year university and major in either marketing or sociology but hasn’t decided yet. As far as soccer goes, she wants to play intermediate and club soccer and is still hoping to play soccer in college.

Good luck the rest of the year, Jordan. Congratulations!