Athlete of the Week: Kevin Grant 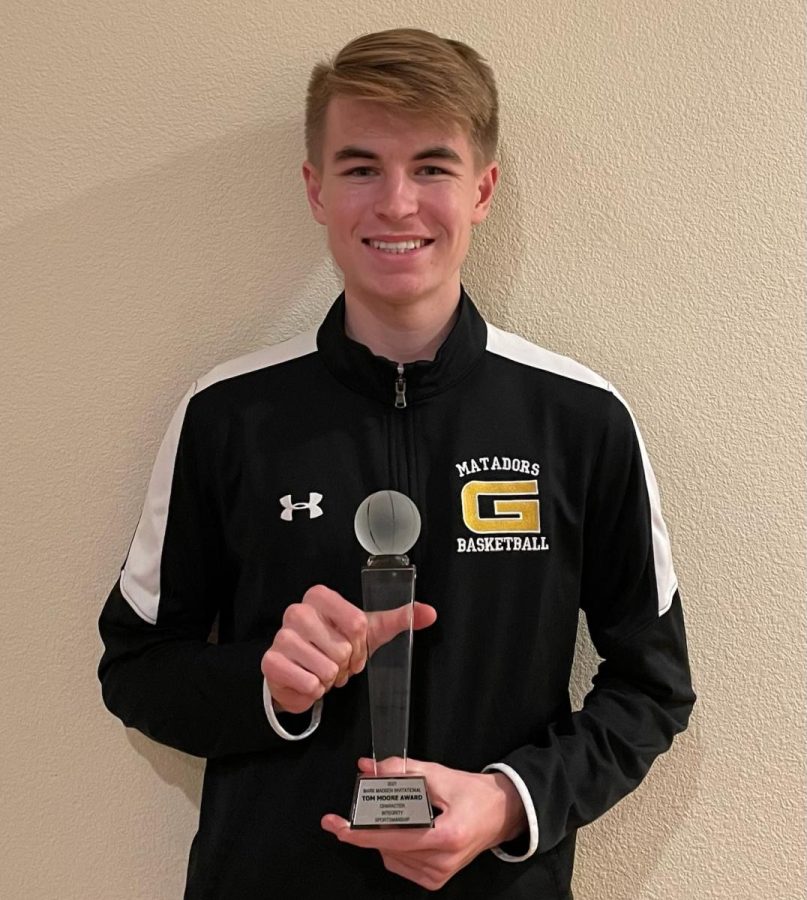 Granada student-athletes are known for their commitment to academics and continued drive for success in sports. This week’s featured student athlete is Kevin Grant, a junior at Granada. Playing for the boys varsity basketball team, Grant has committed countless hours of training to play the best he can.

Despite Granada’s Varsity team having a close loss against San Ramon Valley High with a score of 65-58, Kevin Grant was given the Tom Moore Award for sportsmanship, integrity and character. The San Ramon Valley head coach announced the award after the Mark Madsen Invitational Tournament game on Saturday night. Kevin described his award winning as “very fulfilling for his hard work and nice receiving it at a big tournament.” He is very optimistic for the future of this season and excited where the team goes. “Building more team chemistry is huge”, Kevin described.  Varsity Head Coach Q Johnson has been a huge motivator for Grant’s excellence as he has coached him for the last several years. Kevin’s coaches and teammates have pushed him to succeed on and off the court, and he is truly grateful for that.

Playing since the age of six, Kevin has enjoyed growing as an athlete and a person. He has always dreamt of having the opportunity to play basketball in college and is still in pursuit of his goal. We are excited to see what Kevin Grant accomplishes in the future! Congratulations.