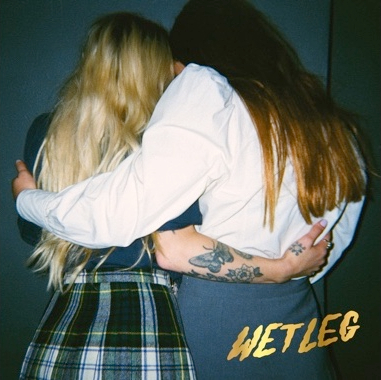 After releasing a number of successful singles, the rock band Wet Leg has finally come out with their debut album “Wet Leg.” After listening to the 12-track album here are my thoughts on the newest album of 2022.

The album started off great with the title track “Being In Love” which sets the mood for the rest of the album. Filled with the graceful voice of lead singer Rhian Teasdale it was a beautiful song that encapsulates so many different emotions. The rest of the album would not disappoint as the next three tracks “Chaise Lounge,” “Angelica,” and “I Don’t Wanna Go Out” were all beautifully produced and full of fun guitar and drum solos

The album contains great transitions between each song and makes it easy to listen to the entire album in one go. Each track contains a great mix of fun instruments that are even more apparent on the track “Convincing.” “Convincing” blends together the instruments and background vocals creating a beautiful melody that sounds perfect.

The best track off the album, and one of the most popular, is the fun, melodious “Too Late Now” which is a perfect ending to the album. The song strikes a balance between a pretty, angelic song and a fun energetic one which is done as the lead singer switches up her singing, almost sounding like two different people. All around it’s an amazing song that encompasses all the abilities of the band as it contains meaningful lyrics, a wide range of well-played instruments, and is flawlessly mixed.

One of the things that makes this entire album so impressive is that every song contains meaningful lyrics that really tell a story. While many of the songs are about finding confidence or handling love, “Wet Leg” is still able to be fun and upbeat. This is true of songs such as “Ur Mum” and “Oh No” which cover topics such as being chronically on your phone, loneliness, and struggling with relationships.

“Wet Leg” was a phenomenal album and has already succeeded in turning Wet Leg into the next upcoming band. This album is truly a 10/10 as I can’t possibly see anything this album was missing. “Wet Leg” is something many teens could relate to and is one of the most exciting new albums.