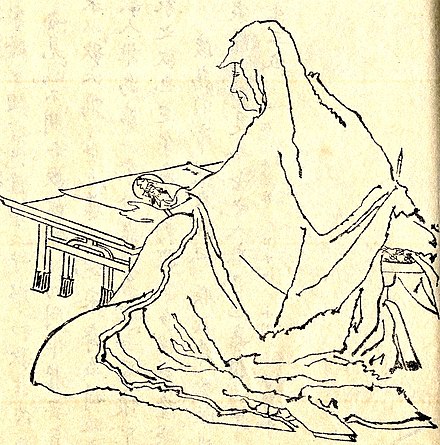 In the ongoing series celebrating women’s history for the month of March, Hōjō Masako must not be forgotten. Born in the Izu Province in Japan in 1157, Masako would rise up to become one of the most formidable political figures in Japanese history. Around this time, Minamoto Yoritomo was exiled by his enemies to live under Masako’s father. Yoritomo was an incredibly powerful chieftain and first founded Japan’s shogunate that would last over 350 years. During his exile, a romance between Masako and Yoritomo grew. Masako convinced her father to allow her to be married, and the two became arguably one of the most powerful couples in history.

Masako worked with Yoritomo to take back their power. Yoritomo rallied forces and fought alongside her father. The two governed together and improved many of the systems of government in Japan, making them powerful. They incorporated their own tax collectors (jitō) and controlled the revenue of the nation. This monopolization of the Japanese government proved successful in increasing their power. Even after Yoritomo’s passing in 1199, the power of the Hōjō did not cease. Masako’s eldest son was appointed in place of his father, but Masako (acting as regent) oversaw and dictated everything.

In 1221, the emperor attempted an uprising and declared against Masako, but Masako rallied forces (in what would later be known as the Jokyu Disturbance) and suppressed it. Despite the restrictions of women in power, Masako proved her influence beyond a title or a position through her unfaltering efforts to secure the government of Japan.

As explained by Encyclopedia, Masako was “….motivated in part by jealousy…” but “…she was nevertheless exercising a socially accepted practice of defending her status as Yoritomo’s main wife and protecting her son’s right to succession.”

Masako’s story is often portrayed through a western lens, painting her as evil or treacherous, but this is far from the truth. She is seen as a dishonorable mother for removing her children from the government when they proved to be incompetent, but many fail to realize her situation. The cultural stigmas for her would’ve prevented her from caring for her children past their failure. Masako walked the thin line between politics and culture, and always ensured she made carefully planned decisions to prevent harm to her family. She focused on strengthening the shogunate, but not at the cost of her children.

While tinged with modern ideals, Masako upheld the skills and the regime any successful shogun or emperor would need. While men are prided in their bravery and stubbornness, Masako’s similar actions have casted her as evil or treacherous. Masako prioritized her country and it’s success over the corruption in government. She ensured that the country would remain strong through uprisings, and till the end of her reign. She continued to rule through her natal family regents, and proved to have one of the greatest political prowess in Japanese history.