The Crisis in Ukraine 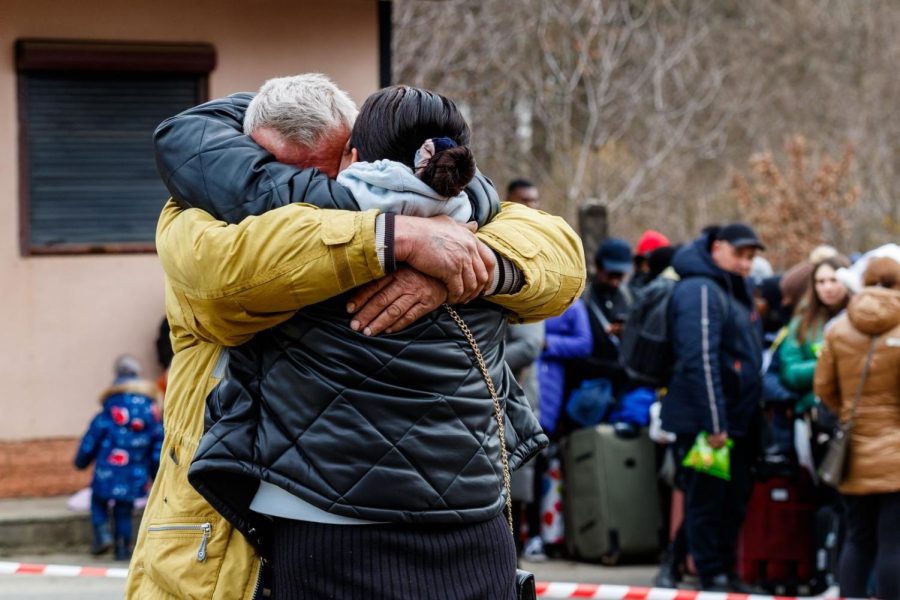 The war in Ukraine against Russia has sparked an international debate, forcing nations to pick a side. Seemingly coming out of nowhere, Russia’s invasion of Ukraine back in February shocked the entire world. Scrambling for peace talks and de-escalation, the last two weeks of bombing, gunfire, and civilian casualties have shown Russia’s relentlessness in taking over the democratic nation.

However, this conflict is not new for many of these post-Soviet Union nations. Despite its general shock to many international onlookers, such as those in the United States, the conflict between Russia and Ukraine has been bubbling since 1991, when Ukraine declared its independence from the failing Soviet Union. Their independence was a symbol of democracy prevailing and the start of facilitating closer relationships with European countries. Ukraine’s growing allegiance to these nations, and push away from post-Soviet countries has frustrated Russian President Vladimir Putin. Losing control of Ukraine is a frightening prospect for the Russian leader, as he’s eager to keep control of the nation’s economic benefits for his nation and to maintain the former ‘glory’ of the Soviet Union. He has continuously been against any efforts by Ukraine and other countries moving towards the western powers in functionality.

Previous presidential history in Ukraine has been tumultuous, but with the election of now President Volodymyr Zelenskyy, the Ukrainian government has focused more closely on joining NATO, now more than ever. NATO, or the North Atlantic Treaty Organization, is a treaty originally founded by roughly 20 countries (including the United States, France, the United Kingdom, etc), promising an alliance between all constituent countries. Joining this organization means finally closing all ties dependent on Russia, and is a huge step in a direction away from the remaining Soviet Union influence.

This recent push towards NATO has seriously angered President Putin, who ended peace talks with Ukraine and launched a military invasion on February 24th, 2022. Since the invasion, Russia has relentlessly bombed, invaded, and destroyed Ukrainian infrastructure, hospitals, homes, and entire cities in a desperate attempt to keep the country alongside Russia. ABC News explained, “In its crudest analysis, the goal of Russia’s invasion is to wrest control of Ukraine – an independent state – using force to coerce Kyiv into installing a puppet government that will act as an ally for its superpower neighbor.” Essentially, Russia wants Ukraine to follow Russian plans and rules, for the benefit of increasing Russia’s global power.

Since the invasion, numerous countries have sent ammunition, financial aid, and weapons to Ukraine. Many neighboring nations such as Poland and Germany have opened their borders to allow for the nearly 2 million fleeing refugees. The United States, the United Kingdom, and even the historically neutral Switzerland have placed heavy sanctions on Russian banks and businesses, crumbling the nation’s economy. While nations apart from NATO are unable to send troops into Ukraine or fight against Russia directly, the United States and many others have sent forces into neighboring NATO nations to ensure Russia does not expand its invasion.